Prof. Tomaž Lorenz had held musical courses for young musicians called Music July in years 1995-2005 in Koper, , . This experience has led many to choose music as their profession. Young people need different experiences in order to develop their personality. We all need to share experiences, we need advice, studying, joy and fun, as well as being in contact with our peers in order to develop our full potential. All this is possible through music. For this reason, we have accepted this new challenge of the Koper Summer Symphony, which proposes to combine the training and concert opportunities for young and professional musicians. The seaside city also offers the opportunity for a relaxing summer atmosphere.

The agenda:
The master classes and the orchestral workshop will take place from July 3rd to July 8th 2022. The master classes are intended for students in the last grades of music school, especially for high school and university students.
The greeting of the participants is on July3rd 2022 from 8 to 9 a.m.
The orchestra rehearsals will take place every day. The participants will receive the schedules of individual lessons on the day of arrival.
On the last day, July 8th 2022, the final concert is planned in the Koper Cathedral.

Registration fee and program:
You can choose between two program options as well as only a passive participation:

A. includes:
3 individual lessons (3x45 minutes), everyday orchestra rehearsals and a passive participation at other lectures.
Registration fee: 70 € at the registration + 245 € later (total: 315 €).

B. includes:
Orchestra rehearsals and the possibility of a passive participation at other lectures.
Registration fee: 70 € at registration fee + 85 € later (total: 155 €).

The fee of 70€ is paid upon registration or up until June 10, 2022. The remaining amount is paid up by June 30, 2022. In case of cancellation, the registration fee will be refunded in the amount of 50€. There is no application deadline for passive participants; they can apply on the first day of the master classes.

Accommodation:
The accommodation is provided by the participants themselves.
We suggest staying in the Koper Student Home:  https://www.ddkoper.si/

How to come in Koper
Please contact the organizator

Applications until June 10, 2022 or until the vacancies are filled. 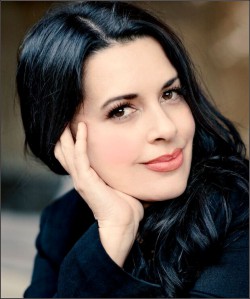 Priya Mitchell is described by The Strad as one of the foremost violinists of her generation. Takeno at the Yehudi Menuhin School and with Zachar Bron in Germany. She was then chosen as the British representative of the European Concert Halls Organisation ‘Rising Stars‘ Series, this success led to highly acclaimed tours and performances with greats Orchestras. She has worked with many eminent conductors and has worked with many orchestras As a recitalist and chamber musician she has performed extensively at international music festivals. In 2000 she started her own festival, the Oxford Chamber Music Festival, in her hometown and of which she is Artistic Director. The Daily Telegraph described this festival as "a musical miracle". Priya is pProfessor of violin at the Graz University of arts. 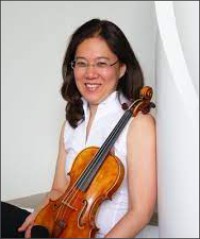 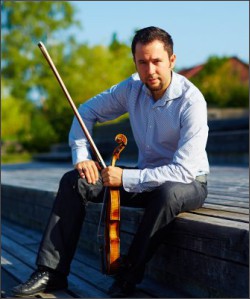 Janez Podlesek completed his violin studies at the Academy of Music in Ljubljana with prof. Primož Novšak and then studied with Leonid Sorokov, Helfried Fister, Ilan Gronich and Tomaž Lorenz. He is the winner of numerous awards at music competitions and he regularly collaborates with renowned Slovenian and foreign musicians. He was the concertmaster of the Slovenian Philharmonic Symphony Orchestra and KGO for 15 years. In 2012, he received the title of assistant professor in the field of violin and a year later, he received the Solemn Charter of the University of Ljubljana for outstanding pedagogical and research achievements. He is involved in the ambitious Emars project, which includes regular summer schools and violin master classes. He is a professor at the Ljubljana Conservatory of Music and Ballet and since 2018 and he has also been regularly employed as an assistant professor at the Ul Academy of Music. 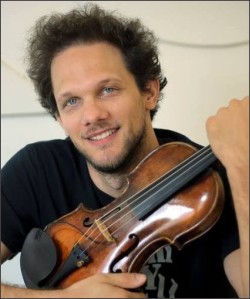 Peter Ugrin is classical violist and jazz violinist. He is a viola professor at the Ljubljana Music and Ballet Conservatory and he teaches jazz improvisation for strings at the Ljubljana Academy of Music. His students received awards at the national leveland many other competitions. In addition to jazz and classical music, he performs music by contemporary Slovenian and foreign composers in various chamber ensembles and ensembles. He regularly performs at important festivals both in Slovenia and abroad. He has recorded several self-titled albums with Artbeaters and Swingatan. As a conductor and as a soloist, he performed several times with the Big Band Gverillaz. He leads seminars and master classes for viola and jazz improvisation in Slovenia and abroad.
https://www.youtube.com/user/artbeaters/videos 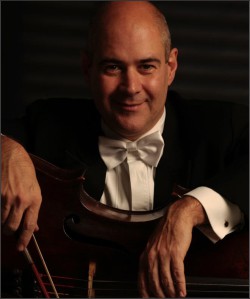 Luca Paccagnella is a cellist, conductor, lecturer, Guest Professor at the University of Musicology of Evry in Paris and an eclectic musician, carries out an intense concert activity ranging from classical to contemporary music, from jazz to contamination. Graduated from international competitions, has participated in major international festivals and concert seasons around the world, playing in the most prestigious halls. He is member of the Paul Klee string quartet since 1996. Luca is a member of juries of international competitions. He has to his credit CDs for the labels Tactus, Stradivarius, Blue Serge, Pro-viva, Neuma, Rivoalto, Velut Luna. He plays an instrument from the Testore family in Milan dating from the XVII Century. He is professor of di string quartet, string ensemble and orchestra at the Trieste Conservatory "G. Tartini".
https://www.youtube.com/c/LucaPaccagnella 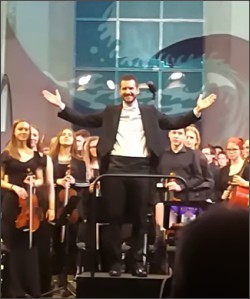 Žiga Cerar obtained a master's degree in violin at the Mozarteum in Salzburg in the class of prof. Paul Roczek, later studied with prof. Christiane Hutcap, at the Musikhochschule in Rostock and was then admitted to the class of prof. Sylvia Gazeau at the Conservatoire national supérieur de musique in Paris. From 2002 to 2004, he was a member of the Cologne Chamber Orchestra and in 2004 he became a member of the Symphony Orchestra and Chamber String Orchestra of the Slovenian Philharmonic. He teaches violin and conducts the orchestras of the Koper Music School and Koper Artistic Gymnasium. For years, he has been organizing an summer orchestral campus Mali Filharmonik. Within the Association Friends of Music, he has founded a string ensemble with which he enriches the musical and cultural offer of the city of Koper.

Music is a higher revelation than all wisdom and philosophy.
Ludwig van Beethoven

SOCIETY OF FRIENDS OF THE MUSIC OF KOPER / ALL RIGHTS RESERVED / POWERED: F.KING